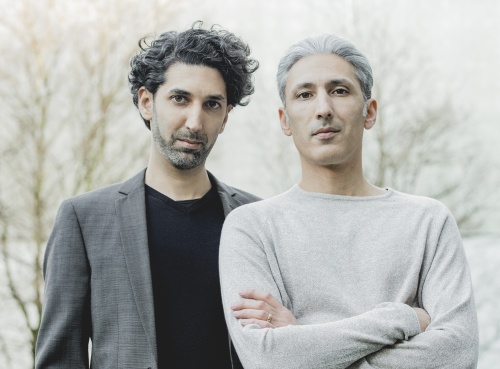 The brothers Vivan and Ketan Bhatti work together as a composer- and producer-team in the field of stage music, film music, music theatre and similar areas. Since 2003 their music is part of the award-winning productions from the director Nuran David Calis and can be heard in many different theatre-houses in the German-speaking world. Their first opera “Discount Diaspora” with a libretto by Feridun Zaimoglu and Günter Senkel premiered at the Neuköllner Oper in Berlin in March 2011. The dance-project “Red Bull Flying Bach”, to which they contributed the music, was rewarded with the Echo Klassik Special Award. Writing the music for the screen adaption of Wedekind´s “Frühlings Erwachen” they made their film-music debut in 2010, followed by the screen adaption of Büchner´s “Woyzeck” in 2012. In addition to joint projects, Vivan and Ketan work as composers, producers and instrumentalists in different areas such as Comtemporary Music, Jazz or Electronica.