Underwater, the first full solo piano album by Ludovico Einaudi for 20 years is out January 21.

A manifesto for life and statement for this time when the world around him was quiet and silent, Underwater holds 12 beautiful and intimate piano tracks featuring his trademark melodies. The album was written while Ludovico was isolated at his home in Italy, working without any distractions or the usual commitments that come with his busy schedule.

Ludovico says of the writting process "I felt a sense of freedom to abandon myself and to let the music flow in a different way. I didn't have a filter between me and what came out of the piano, it felt very pure. The title Underwater is a metaphor – it is an expression of a very fluid dimension, without interference from outside.” Spring 2022 sees a return to live performance for Einaudi, playing a residency in London with his band at the Eventim Apollo March 21 - 23, with a further performance at Manchester’s O2 Apollo on March 24, followed by two intimate solo concerts in the historic setting of London’s Alexandra Palace Theatre on March 26 - 27. He will be performing in Paris at La Salle Pleyel on April 13, 14 and 15. Tickets can be found HERE Listen Now 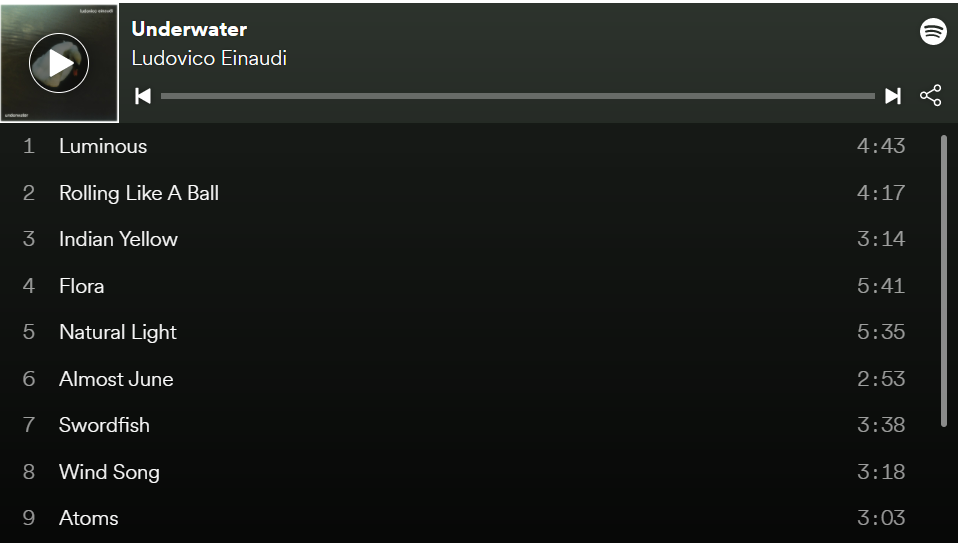